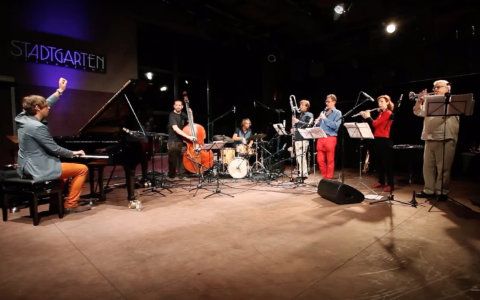 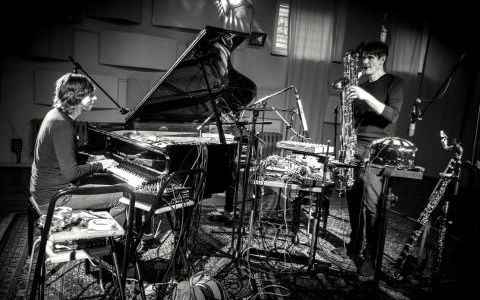 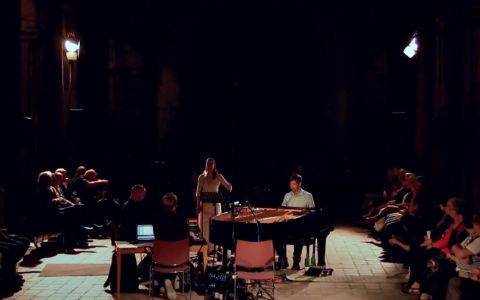 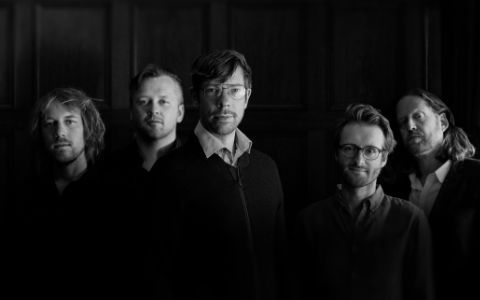 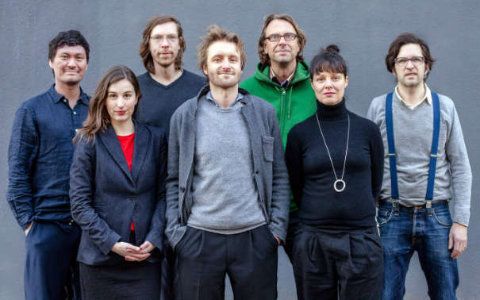 This is not just another band. It is a thoughtful, well-balanced organism that feeds on and illuminates the expansive ideas of band leader Stefan Schultze. Schultze thinks in larger formats without being restricted to the traditions and boundaries of the genre. The results: a carefully planned multi-dimensional performance played by hand-picked interpreters. “With this septet, the music is exactly as it should be,” says Stefan Schultze. Every nuanced detail of this astonishing music confers that seeming inevitability.

Because Scultze often begins composing only after he has assembled the band members, the music develops a special sort of magic. Stefan Schultze was once again able to synthesize the two souls close to his heart during these septet appearances recorded live in Cologne some seven years ago. Although he was dealing with a larger group, Schultze was still able to control the events from his position at the piano. In this way he partakes in the joy of ensemble playing and soloing instead of having to stand in front conducting the musicians. This time, the reeds dominate the brass section; thus, Schultze creates a more intricate sound without losing any of its force. The flute and clarinet colors of Helen Bledsoe, Holger Werner and Frank Gratkowski communicate with the unpredictable, impressive trumpet improvisations by Herb Robertson. In addition, bassist Robert Landfermann and drummer John Schröder provide a rock-solid foundation with resilience and imagination. This music shines with urgent sensuality; it exudes an enthralling diversity of influences from a potpourri of musical genres. This required musicians who would be able to bring genre-spanning playing experiences and a dazzling variety of unusual tonal colors. At times thrilling, at times contemplative, there are moments of furious brass outbursts, and moments of seemingly freeform explosions that threaten to break all bounds, as this “small big band” crosses through an immense spectrum of possibilities. Alto saxophone, trumpet, flutes, clarinets – the instruments occasionally playing at the depths of their range – prepared piano, drums played with pinpoint precision, a double bass full of dark secrets, and solos that resonate with a palpable emotional intensity: they all add up to the brilliant results that are greater than their individual parts.

The two composers and improvisers Stefan Schultze and Claudio Puntin invest in free moods from their life experience. They allow precedence over the imperative attitude of conception and / or composition to an in the present arising predominance of tonal phenomena to become music. They consciously leave their personal view to create an unencumbered external perspective for their own action.The result is an embracing accessibility which works without the use of routine listening habits - you feel abducted into a musical parallel universe.

“A breath that becomes a sound, that becomes a melodic motif. A piano motif like an echo. A caesura that has at least as much to say as the emphatically-open dialogue afforded by saxophonist Peter Ehwald and his pianistic partner Stefan Schultze that reveals itself as a process of searching, especially at the beginning of the new album. Better to raise one question too many than to succumb to the temptation of a hasty answer at some point. What the two have now been tackling for years shows a deep harmony that can only exist with the affirmation of the differences between their two characters. From this approach, the pair took on New York drummer Tom Rainey into their midst. And in this constellation he proves to be a powerful contributor and source of inspiration – for it is precisely the intertwined, asymmetrical rhythmic patterns that immensely enriches the intuitive symbiosis of Ehwald/Schultze.

The pieces that emerge from this go in different, rarely predictable and often somewhat labyrinthine directions – but never without a decisive approach in the form of a compositional idea. Nothing is superficial in this common kaleidoscope of musical fantasy. They let it run when something is good, and sometimes boldly take it to the extreme. Without being contrived, because everyone remains confidently true to themselves when connect with the ideas of the other two.

This listening pleasure is complex, unpredictable, and often profound. But the experience behind it is exemplary!”

SEVEN WHITES
BEHIND HER EYES

Commissioned by the Choir Festival Magdeburg the one-hour-composition Our Voices by Stefan Schultze for voices and loudspeakers features 100 voices from the city of Magdeburg as well as solo parts for prepared piano, soprano voice and electronics.

Damaged goods and lost items. This is fragile, listen with care! Can you handle the shipment?  Stamp, envelope, content, something is missing form the equation, the postal service needs to improvise!